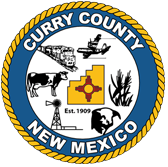 WHEREAS, Men’s Health Network, an online informational and educational organization recognizing men’s health as a specific social concern, states that men die at a higher rate than women from nine (9) of the top ten (10) causes of death, some of which are heart disease, cancer, injuries, chronic lower respiratory disease, and cerebrovascular disease; and

WHEREAS, Men’s Health Network also states that men have a higher percentage of no health care coverage, make half as many physician visits for preventative care, and are employed in the more dangerous occupations such as mining, firefighting, and construction; and

WHEREAS, according to the Men’s Health Network, over 700,000 men are diagnosed with cancer and nearly 300,000 die from it each year and that the two keys to beating cancer are early detection and reducing risk; and

WHEREAS, the American Heart Association states that over 39 million American men (1 in 3) suffer from one or more cardiovascular conditions, and every year approximately 392,000 men die from cardiovascular disease; and

WHEREAS, the National Cancer Institute reports that prostate cancer is the leading cancer for men in the US followed by lung cancer, and colorectal cancer. Over 170,000 men are diagnosed with prostate cancer and about 30,000 die of this cancer yearly; and

WHEREAS, the American Cancer Society states that men with a brother, father, or son who has been diagnosed with prostate cancer are 2 to 3 times more likely to develop this cancer, and in 2013 found that Vietnam Veterans exposed to Agent Orange had a much more aggressive cancer and were more than two times as likely to develop prostate cancer; and

NOW, THEREFORE, BE IT RESOLVED, that I, Chet Spear, Chairman of Curry County Commission, do hereby proclaim the month of June as Men’s Health Month and encourage all adults, and in particular men in Curry County to seek regular medical advice, get early screenings and follow healthier lifestyles to help lower the risk of these deadly diseases.